St Mary the Virgin is recorded in the Doomsday Book of 1066, with three Saxon nobles, Alflet, Ulmar and Ulric each recorded as having a share of the church. 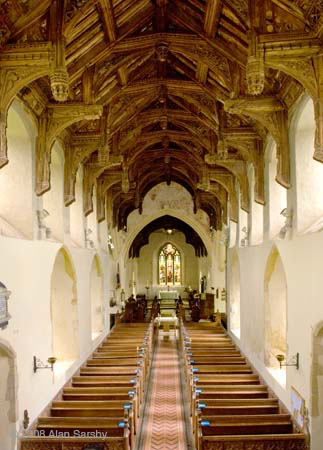 There is evidence of the site being used as a sacred place by the Romans. Cinerary Urns have been found. Little is known of the site's occupation prior to that period, but sacred sites tended to be used for generations. The church has an entry in Simon Jenkins' 'England's 1000 Best Churches' and is noted for its magnificent hammer beam roof.